🎉Celebrate &JOY Dining Hall’s 2nd anniversary with many $2 deals and deals under $15!
Missing Japan? From 28 September till 17 October, bask in all things Japanese, all while enjoying the best of Japanese cuisine right at these Japanese-themed dining halls.

Not to be missed deals:

🥡Online exclusive bundles starting from $25 for 2pax. featuring dishes such as Yuzu Vongole Spaghetti from Pittarino, Chicken Katsu Don from My Gohan, Double Beef Jyu from ROMAN.TEI, and many more! All the super value promotion Anniversary bundles are below $40.
Head over to their islandwide delivery at https://njoydininghall.com.sg/online-ordering/ for amazing online bundles. 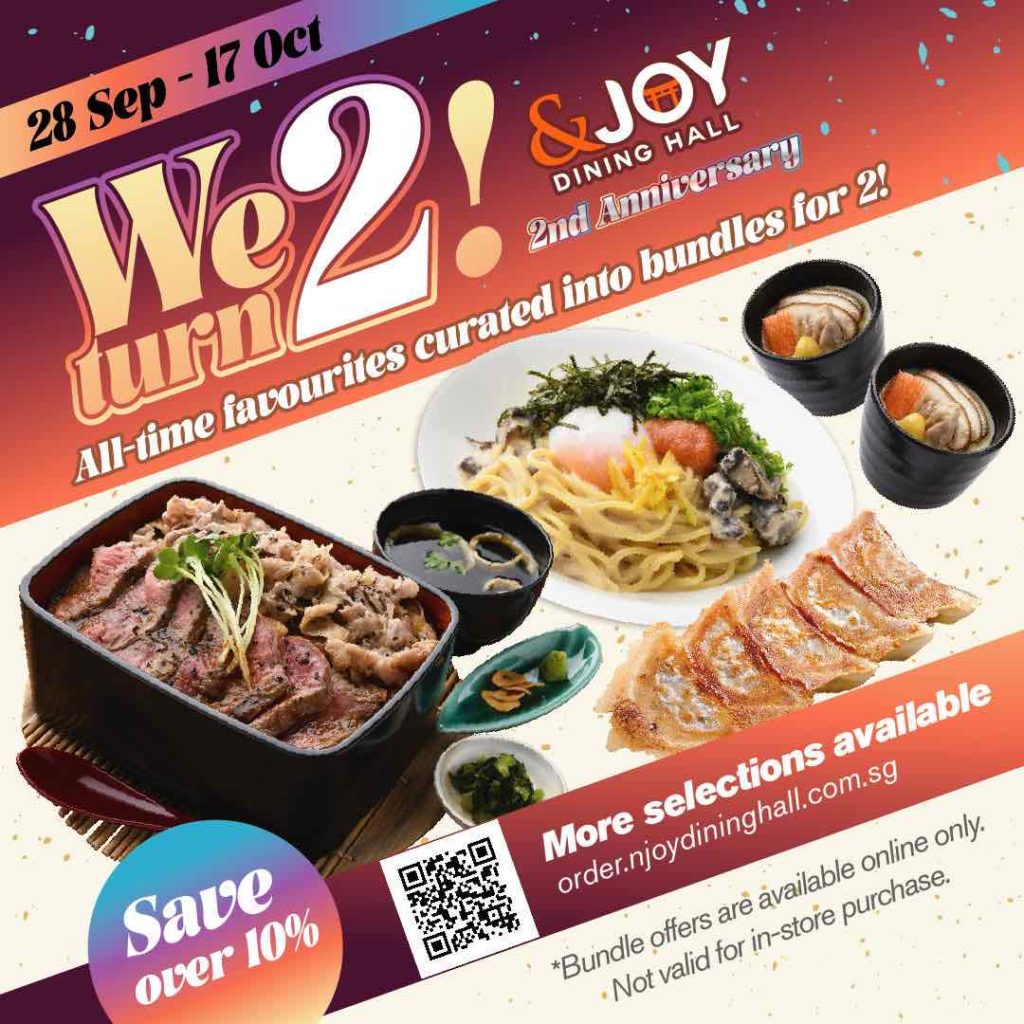 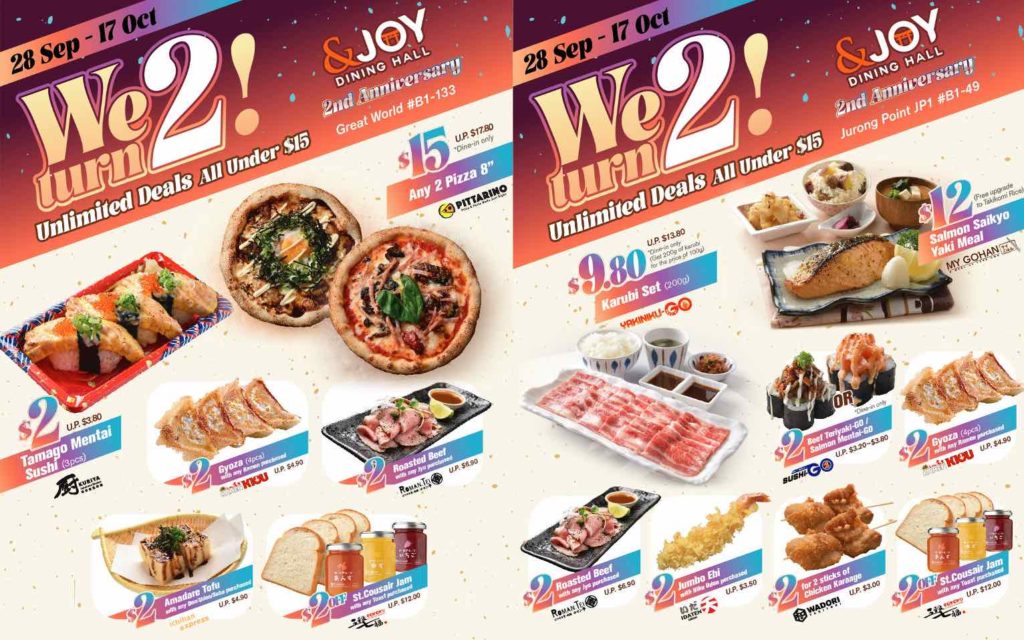 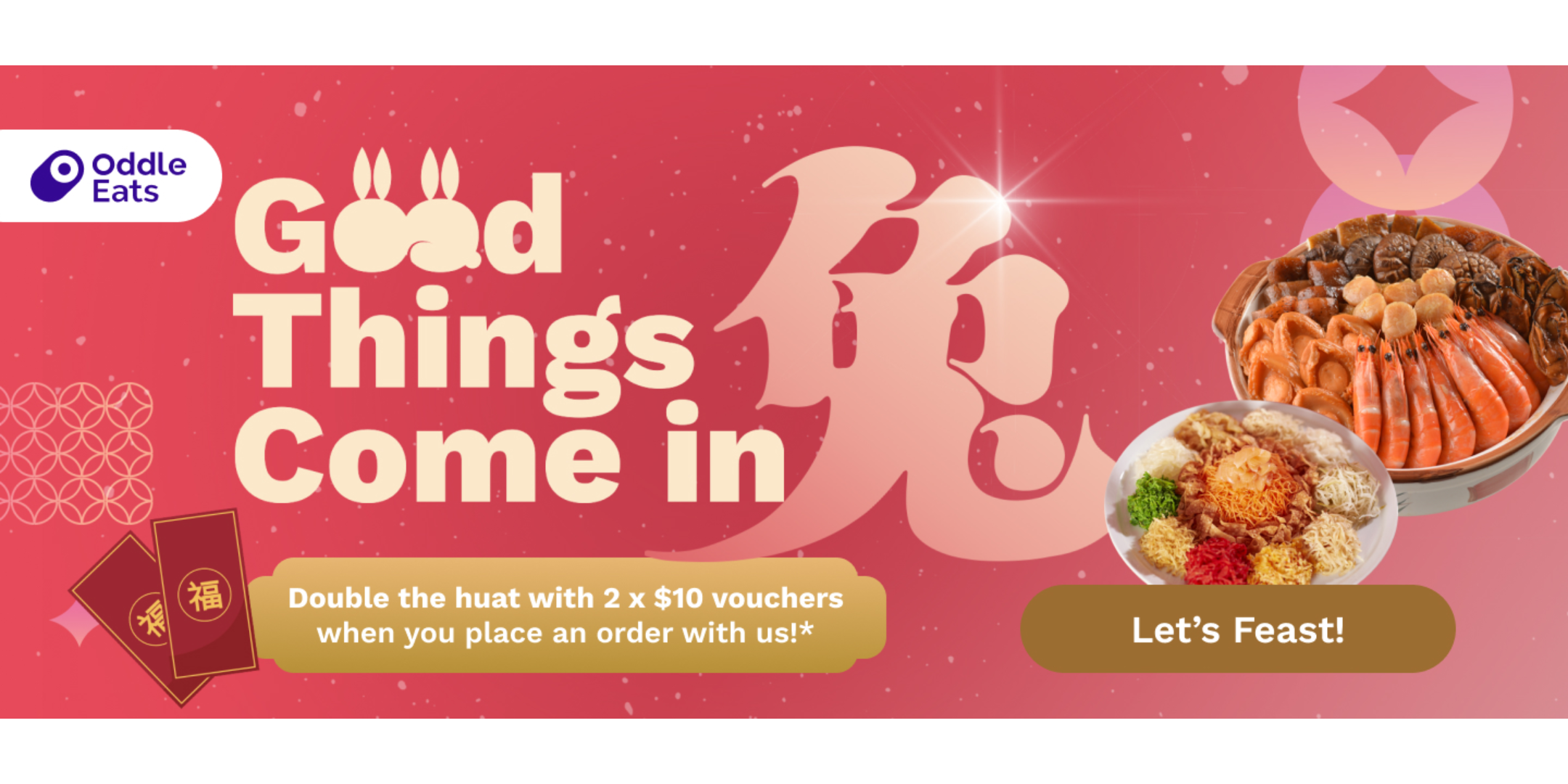 Receive $20 vouchers* with a minimum spending of $88 at any restaurants on Oddle Eats Toast to an auspicious Year of the Rabbit with Oddle Eats’ ‘Good Things Come in Twos (兔)’ campaign.… 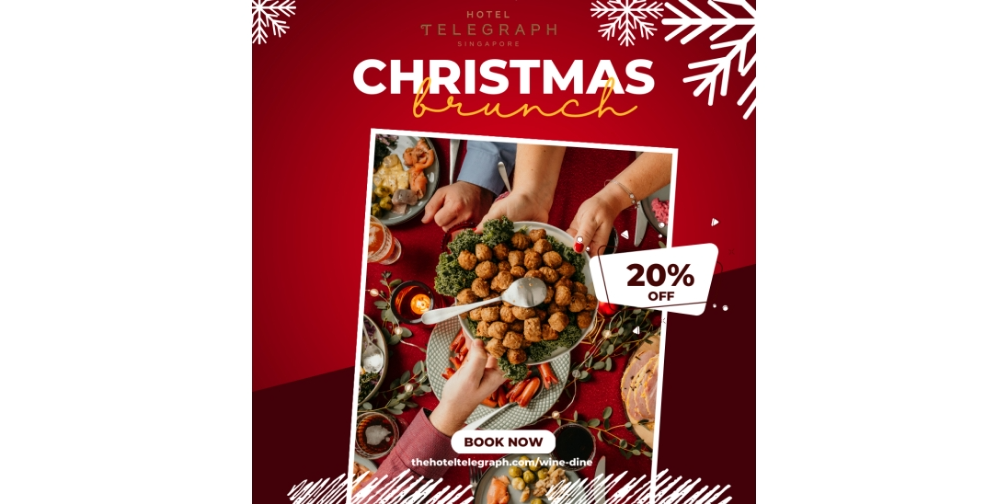 The most wonderful time of the year is coming to Hotel Telegraph!  Usher in the holiday festivities and celebrate the joyous season with us as you and your loved ones… Usher in the festive season with some tender loving care at home. Singapore's most-loved delivery service, Deliveroo, has teamed up with Australian ice cream café Geláre to add some sprinkle… 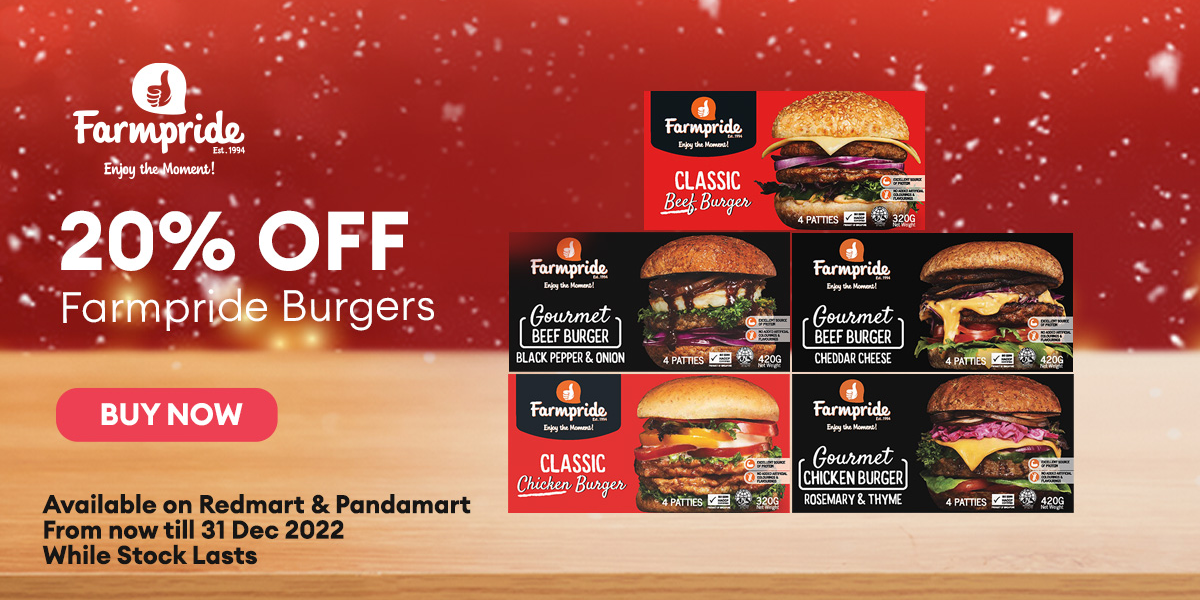 [Promotion] 20% off! Get your Christmas feast ready with meat cuts and delicious treats from homegrown brands

It's the time of year where families and friends gather - Christmas is here! Get your Christmas feast ready with meat cuts and delicious treats from homegrown brands Kuro, Butcher’s Ridge, and Farmpride brought in by…

Enjoy 50% OFF Peking Duck With Crown Prince Kitchenette For The Whole December!

Singaporeans continue to be big foodies no matter the occasion or celebration, with more than 60% of them using food delivery services more regularly now, compared to pre-pandemic times*. As… Oddle Eats Presents: Up to 25% OFF Christmas Feasts with Early Flash Specials!

Lime Restaurant Christmas Gourmet Roast Set, RE&S Logcakes It’s the most wonderful time of the year! Join in the Yuletide revelry with Oddle Eats’ ‘Fantastic Festive Feasts’ campaign, and toast to the… Welcome the festive season with 25% off ALL IPPUDO Ramen for one day only!   Tuck into your favourite IPPUDO Global Signature Ramen, while enjoying a tipple or two alongside… 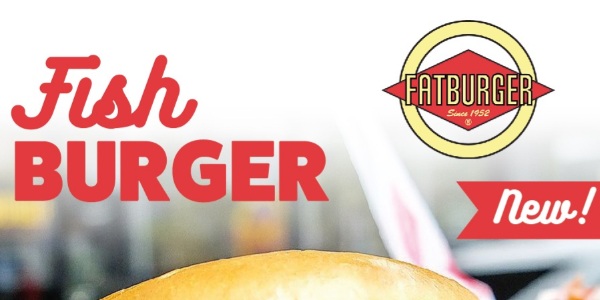 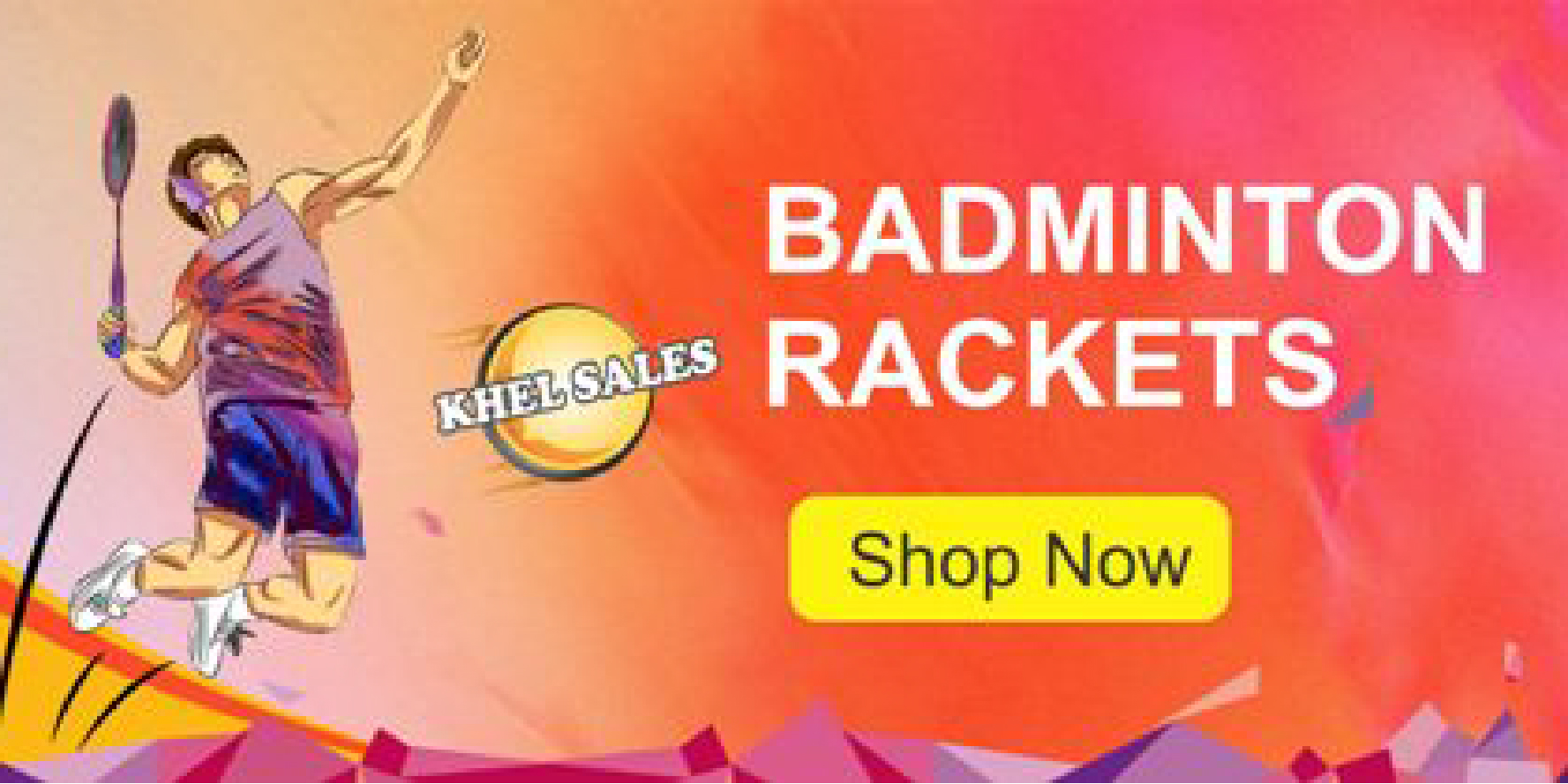 50% OFF on Badminton Racket

Receive $20 vouchers* with a minimum spending of $88 at any restaurants on Oddle Eats Toast to an auspicious Year of the Rabbit with Oddle Eats’ ‘Good Things Come in Twos (兔)’ campaign.… SHARP’s New Year Sale Is Happening From Now Till 3 February 2023!

Sharp’s New Year Sale is here! Enjoy exclusive deals across their range of home appliances from now till 3 February 2023! Customers can enjoy exciting deals for selected products including… 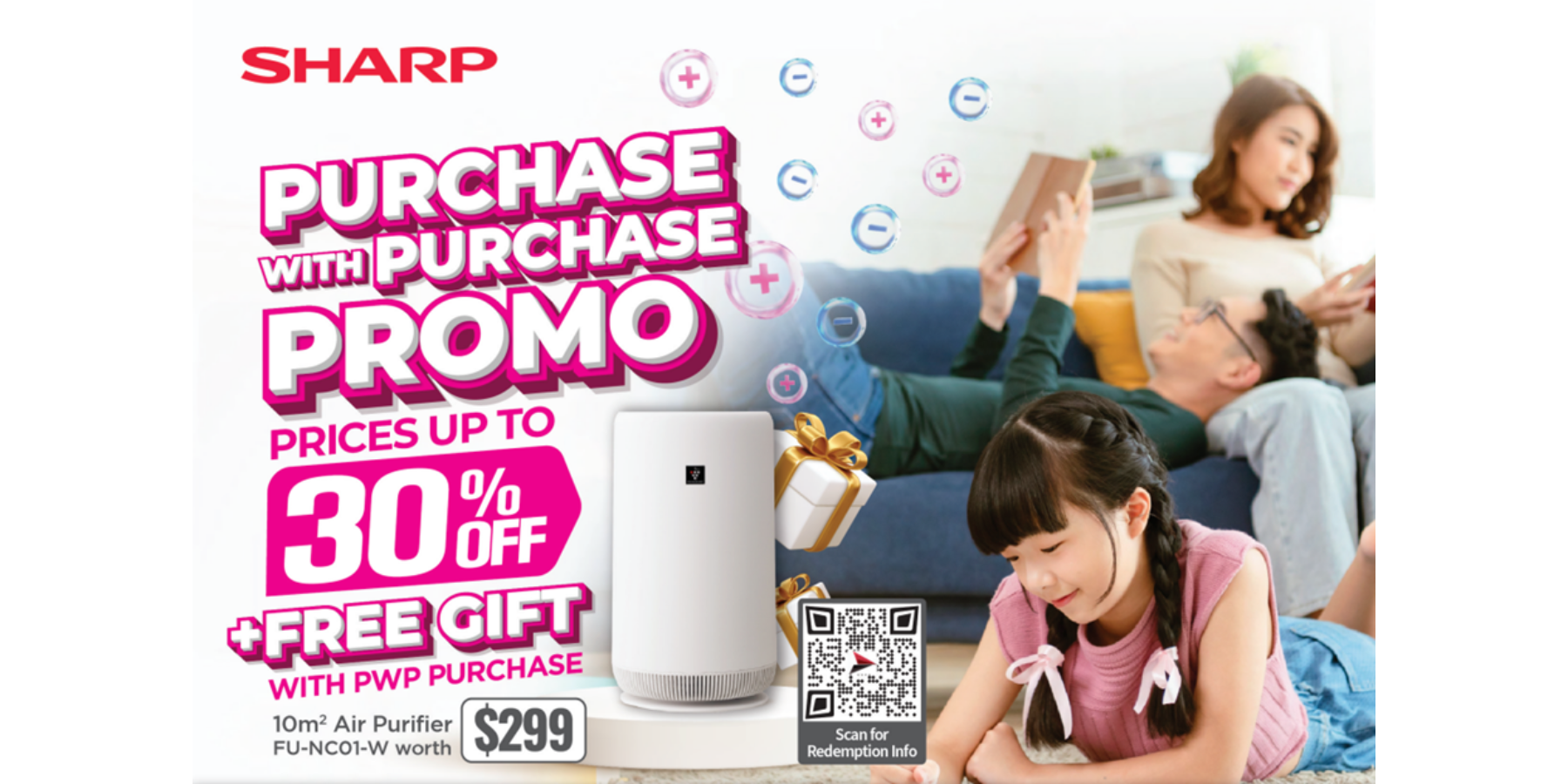